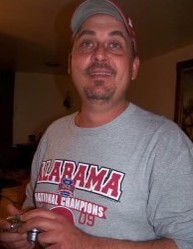 Brian N. Lewis, 53, resident of Mooreville, passed away at Baptist Memorial Hospital Union County on July 5, 2021 after an extended illness.
He was born February 21,1968, the son of Bob Lewis (Janice) and Caroline Boren in Kenosha, Wisconsin.
In his early years, Mr. Lewis received his Barbers License and worked only a few years before he later was employed as a supervisor in the press department for Clark Pulley where he was employed until his illness.
A Christian with a huge personality, Mr. Lewis will be remembered for being an avid outdoors man, that included fishing and camping with his nieces and nephews. He was a huge Alabama fan from the time he was very young and always reminded others of how many championships Alabama had won.
A Service of Remembrance will be announced at a later date. Arrangements will be provided by New Albany Funeral and Cremation Care.
In addition to his parents, survivors include one daughter Megan Lewis, three sisters, Joy Davis ( Scott), Glenda Vandevander both of Fulton, Veronica Rice of Ozark Community, five brothers Jaden Lewis, Mooreville, Richard Lewis, Robert Lewis both of Fulton, Reggie Ables (Diane) of Dorsey, Frank Smith (Trisha) of Pocahontas, Arkansas.
New Albany Funeral and Cremation Care invites you to share memories with the Lewis Family at nafuneralsandcremations.com

A service summary is not available

Plant a tree in memory of Brian N Lewis 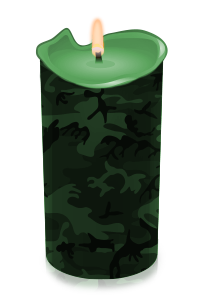 I love you forever and will see you again ❤️ 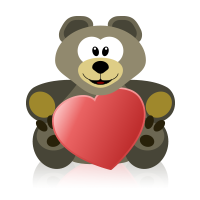 You will forever be missed my goofy, handsome, Bama loving, Roll Tide yelling, fishing master Uncle Brian. So thankful for the years we had and the memories I’ll always cherish. Rest easy Brian until we all meet again.

A Memorial Tree was planted for Brian N Lewis

Plant a tree in memory of Brian N Lewis